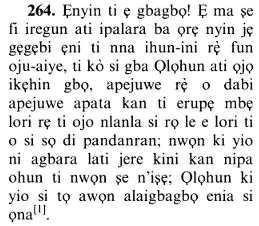 O ye who believe! cancel not your charity by reminders of your generosity or by injury,- like those who spend their substance to be seen of men, but believe neither in Allah nor in the Last Day. They are in parable like a hard, barren rock, on which is a little soil: on it falls heavy rain, which leaves it (Just) a bare stone. They will be able to do nothing with aught they have earned. And Allah guideth not those who reject faith.
O you who believe! do not make your charity worthless by reproach and injury, like him who spends his property to be seen of men and does not believe in Allah and the last day; so his parable is as the parable of a smooth rock with earth upon it, then a heavy rain falls upon it, so it leaves it bare; they shall not be able to gain anything of what they have earned; and Allah does not guide the unbelieving people.
O ye who believe! Render not vain your almsgiving by reproach and injury, like him who spendeth his wealth only to be seen of men and believeth not in Allah and the Last Day. His likeness is as the likeness of a rock whereon is dust of earth; a rainstorm smiteth it, leaving it smooth and bare. They have no control of aught of that which they have gained. Allah guideth not the disbelieving folk.

.يَا أَيُّهَا الَّذِينَ آمَنُواْ لاَ تُبْطِلُواْ صَدَقَاتِكُم بِالْمَنِّ وَالأذَى ...
O you who believe! Do not render in vain your Sadaqah (charity) by reminders of your generosity or by injury,
stating that the charity will be rendered in vain if it is followed by harm or reminders. In this case, the reward of giving away charity is not sufficient enough to nullify the harm and reminders.
Allah then said,
... كَالَّذِي يُنفِقُ مَالَهُ رِئَاء النَّاسِ ...
like him who spends his wealth to be seen of men,
meaning, "Do not nullify your acts of charity by following them with reminders and harm, just like the charity of those who give it to show off to people.''
The boasting person pretends to give away charity for Allah's sake, but in reality seeks to gain people's praise and the reputation of being kind or generous, or other material gains of this life. All the while, he does not think about Allah or gaining His pleasure and generous rewards, and this is why Allah said,
... وَلاَ يُؤْمِنُ بِاللّهِ وَالْيَوْمِ الآخِرِ ...
and he does not believe in Allah, nor in the Last Day.
Allah next set the example of whoever gives charity to show off.
Ad-Dahhak commented that the example fits one who follows his acts of charity with reminders or harm.
Allah said,
... فََََمَثَلُهُ كَمَثَلِ صَفْوَانٍ...
His likeness is the likeness of Safwan,
where Safwan, from is Safwanah, meaning `the smooth rocks,'
... عَلَيْهِ تُرَابٌ فَأَصَابَهُ وَابِلٌ ...
on which is little dust; on it falls a Wabil,
meaning, heavy rain.
... فَتَرَكَهُ صَلْدًا ...
which leaves it bare.
This Ayah means that heavy rain left the Safwan completely barren of dust. Such is the case with Allah's action regarding the work of those who show off, as their deeds are bound to vanish and disappear, even though people think that these deeds are as plentiful as specks of dust.
So Allah said,
... لاَّ يَقْدِرُونَ عَلَى شَيْءٍ مِّمَّا كَسَبُواْ وَاللّهُ لاَ يَهْدِي الْقَوْمَ الْكَافِرِينَ ﴿٢٦٤﴾
They are not able to do anything with what they have earned. And Allah does not guide the disbelieving people.