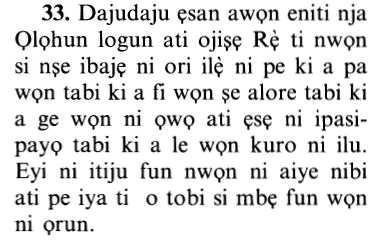 The Punishment of those Who Cause Mischief in the Land

The recompense of those who wage war against Allah and His Messenger and do mischief in the land is only that they shall be killed or crucified or their hands and their feet be cut off on the opposite sides, or be exiled from the land.

`Wage war' mentioned here means, oppose and contradict, and it includes disbelief, blocking roads and spreading fear in the fairways. Mischief in the land refers to various types of evil.

Ibn Jarir recorded that Ikrimah and Al-Hasan Al-Basri said that the Ayat, إِنَّمَا جَزَاء الَّذِينَ يُحَارِبُونَ اللّهَ وَرَسُولَهُ (The recompense of those who wage war against Allah and His Messenger) until, أَنَّ اللّهَ غَفُورٌ رَّحِيمٌ (Allah is Of-Forgiving, Most Merciful),

"Were revealed about the idolators. Therefore, the Ayah decrees that, whoever among them repents before you apprehend them, then you have no right to punish them. This Ayah does not save a Muslim from punishment if he kills, causes mischief in the land or wages war against Allah and His Messenger and then joins rank with the disbelievers, before the Muslims are able to catch him. He will still be liable for punishment for the crimes he committed.''

Abu Dawud and An-Nasa'i recorded that Ikrimah said that Ibn Abbas said that the Ayah, إِنَّمَا جَزَاء الَّذِينَ يُحَارِبُونَ اللّهَ وَرَسُولَهُ وَيَسْعَوْنَ فِي الأَرْضِ فَسَادًا (The recompense of those who wage war against Allah and His Messenger and do mischief in the land...),

"Was revealed concerning the idolators, those among them who repent before being apprehended, they will still be liable for punishment for the crimes they committed.''

The correct opinion is that this Ayah is general in meaning and includes the idolators and all others who commit the types of crimes the Ayah mentioned.

"Eight people of the Ukl tribe came to the Messenger of Allah and gave him their pledge to follow Islam. Al-Madinah's climate did not suit them and they became sick and complained to Allah's Messenger. So he said,

Go with our shepherd to be treated by the milk and urine of his camels.

So they went as directed, and after they drank from the camels' milk and urine, they became healthy, and they killed the shepherd and drove away all the camels. The news reached the Prophet and he sent (men) in their pursuit and they were captured. He then ordered that their hands and feet be cut off (and it was done), and their eyes were branded with heated pieces of iron. Next, they were put in the sun until they died.''

This is the wording of Muslim.

In another narration for this Hadith, it was mentioned that these people were from the tribes of Ukl or Uraynah.

Another narration reported that these people were put in the Harrah area (of Al-Madinah), and when they asked for water, no water was given to them.

they shall be killed or crucified or their hands and their feet be cut off on the opposite sides, or be exiled from the land.

"He who takes up arms in Muslim land and spreads fear in the fairways and is captured, the Muslim Leader has the choice to either have him killed, crucified or cut off his hands and feet.''

This view is supported by the fact that the word Aw (or), indicates a choice. As Allah said,

The penalty is an offering, brought to the Ka`bah, of an eatable animal equivalent to the one he killed, as adjudged by two just men among you; or, for expiation, he should feed the poor, or its equivalent in fasting. (5:95)

And whosoever of you is ill or has an ailment in his scalp (necessitating shaving), he must pay a ransom of either fasting or giving charity or offering a sacrifice. (2:196)

...for its expiation feed ten of the poor, on a scale of the average of that with which you feed your own families, or clothe them, or free a slave. (5:89)

All of these Ayat offer a choice, just as the Ayah above.

As for Allah's statement, أَوْ يُنفَوْاْ مِنَ الأَرْضِ (or be exiled from the land).

it means, he is actively pursued until he is captured, and thus receives his prescribed punishment, or otherwise he escapes from the land of Islam.

the Ayah means these people are expelled to another land, or to another state by the Muslims authorities.

he is expelled, but not outside of the land of Islam, while others said that he is to be imprisoned.

That is their disgrace in this world, and a great torment is theirs in the Hereafter.

means, the punishment We prescribed, killing these aggressors, crucifying them, cutting off their hands and feet on opposite sides, or expelling them from the land is a disgrace for them among mankind in this life, along with the tremendous torment Allah has prepared for them in the Hereafter.

This view supports the opinion that these Ayat were revealed about the idolators. As for Muslims, in his Sahih, Muslim recorded that Ubadah bin As-Samit said,

"The Messenger of Allah took the same pledge from us that he also took from women: That we do not associate anything with Allah in worship, we do not steal, commit adultery, or kill our children, and that we do not spread falsehood about each other.

He said that he who keeps this pledge, then his reward will be with Allah. He who falls into shortcomings and was punished, then this will be his expiation. And those whose errors were covered by Allah, then their matter is for Allah: If He wills, He will punish them and If He wills, He will pardon them.''

Ali narrated that the Messenger of Allah said,

Ibn Jarir commented on Allah's statement, ذَلِكَ لَهُمْ خِزْيٌ فِي الدُّنْيَا (That is their disgrace in this world),

"Meaning, shame, humiliation, punishment, contempt and torment in this life, before the Hereafter, وَلَهُمْ فِي الآخِرَةِ عَذَابٌ عَظِيمٌ (and a great torment is theirs in the Hereafter), if they do not repent from these errors until death overcomes them. In this case, they will be stricken by the punishment that We prescribed for them in this life and the torment that We prepared for them therein, عَذَابٌ عَظِيمٌ (a great torment) in the Fire of Jahannam.''