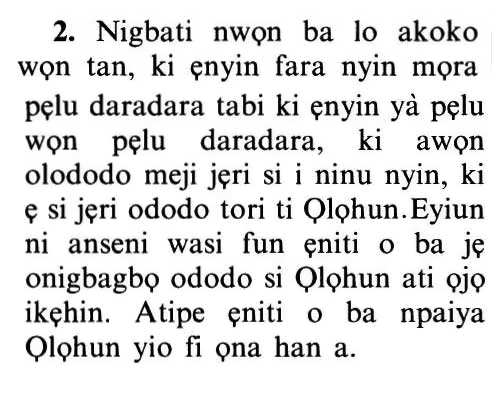 Thus when they fulfil their term appointed, either take them back on equitable terms or part with them on equitable terms; and take for witness two persons from among you, endued with justice, and establish the evidence (as) before Allah. Such is the admonition given to him who believes in Allah and the Last Day. And for those who fear Allah, He (ever) prepares a way out,
So when they have reached their prescribed time, then retain them with kindness or separate them with kindness, and call to witness two men of justice from among you, and give upright testimony for Allah. With that is admonished he who believes in Allah and the latter day; and whoever is careful of (his duty to) Allah, He will make for him an outlet,
Then, when they have reached their term, take them back in kindness or part from them in kindness, and call to witness two just men among you, and keep your testimony upright for Allah. Whoso believeth in Allah and the Last Day is exhorted to act thus. And whosoever keepeth his duty to Allah, Allah will appoint a way out for him,

Allah the Exalted says that when the woman who is in her `Iddah nears the end of the `Iddah term, the husband must decide to reconcile with her, thus keeping their marriage together, بِمَعْرُوفٍ (in a good manner) while being kind to her in their companionship. Otherwise, he must decide to divorce her on good terms, without abusing, cursing, or admonishing her. To the contrary, he should divorce her on good terms, observing kindness and good manners.

The Command to have Witnesses for the Return

And take as witness two just persons from among you.

And establish the testimony for Allah.

meaning when taking her back, if this is your decision.

Abu Dawud and Ibn Majah recorded that Imran bin Husayn was asked about a man who divorced his wife and then had sexual intercourse with her, without notifying witnesses of when he divorced her and when he took her back. Imran said,

Ibn Jurayj said that `Ata' commented on the Ayah, وَأَشْهِدُوا ذَوَيْ عَدْلٍ مِّنكُمْ (And take as witness two just persons from among you).

"It is not permissible to marry, divorce or take back the divorced wife except with two just witnesses, just as Allah the Exalted has said, except when there is a valid excuse.''

That will be an admonition given to him who believes in Allah and the Last Day.

means, `this, Our command to you to have witnesses in such cases and to establish the witness, is implemented by those who believe in Allah and the Last Day.'

This legislation is meant to benefit those who fear Allah's punishment in the Hereafter.

Allah provides, suffices, and makes a Way out of Every Hardship for Those Who have Taqwa

And whosoever has Taqwa of Allah, He will make a way for him to get out. And He will provide him from where he never could imagine.

meaning, whoever has Taqwa of Allah in what He has commanded and avoids what He has forbidden, then Allah will make a way out for him from every difficulty and will provide for him from resources he never anticipated or thought about.

"The most comprehensive Ayah in the Qur'an is,

The greatest Ayah in the Qur'an that contains relief is,

And whosoever has Taqwa of Allah, He will make a way for him to get out.''

Ikrimah also commented on the Ayah, "Whoever divorces as Allah commanded him, then Allah will make a way out for him.''

Similar was reported from Ibn Abbas and Ad-Dahhak.

Abdullah bin Mas`ud and Masruq commented on the Ayah, وَمَن يَتَّقِ اللَّهَ يَجْعَل لَّهُ مَخْرَجا (And whosoever has Taqwa of Allah, He will make a way for him to get out).

"It pertains to when one knows that if Allah wills He gives, and if He wills He deprives, وَيَرْزُقْهُ مِنْ حَيْثُ لَا يَحْتَسِبُ (from where he never could imagine). from resources he did not anticipate''

Qatadah said, وَمَن يَتَّقِ اللَّهَ يَجْعَل لَّهُ مَخْرَجا (And whosoever has Taqwa of Allah, He will make a way for him to get out).

And whosoever puts his trust in Allah, then He will suffice him.

Imam Ahmad recorded that Ibn Abbas said that he rode the Prophet's camel while sitting behind the Prophet, and the Messenger of Allah said to him,

I will teach you words (so learn them).

- Be mindful of Allah and He will protect you,

- be mindful of Allah and He will be on your side.

- If you ask, ask Allah, and if you seek help, seek it from Allah.

- Know that if they gather their strength to harm you, they will never harm you, except with that which Allah has decreed against you.

The pens have been raised and the pages are dry.

Verily, Allah will accomplish his purpose.

meaning, Allah will execute His decisions and judgement that He made for him, in whatever way He wills and chooses,

Indeed Allah has set a measure for all things.