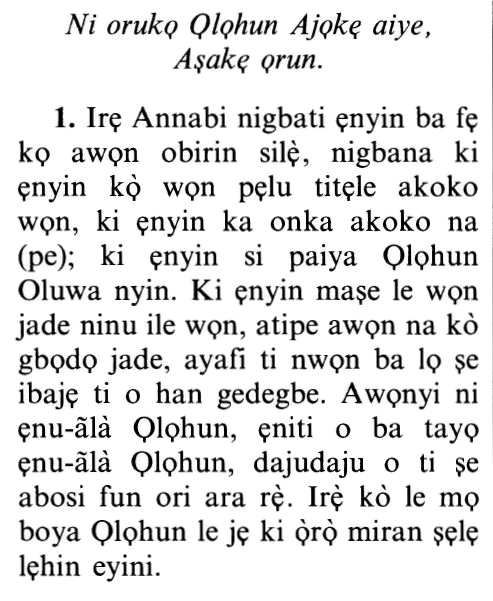 O Prophet! When ye do divorce women, divorce them at their prescribed periods, and count (accurately), their prescribed periods: And fear Allah your Lord: and turn them not out of their houses, nor shall they (themselves) leave, except in case they are guilty of some open lewdness, those are limits set by Allah: and any who transgresses the limits of Allah, does verily wrong his (own) soul: thou knowest not if perchance Allah will bring about thereafter some new situation.
O Prophet! when you divorce women, divorce them for~ their prescribed time, and calculate the number of the days prescribed, and be careful of (your duty to) Allah, your Lord. Do not drive them out of their houses, nor should they themselves go forth, unless they commit an open indecency; and these are the limits of Allah, and whoever goes beyond the limits of Allah, he indeed does injustice to his own soul. You do not know that Allah may after that bring about reunion.
O Prophet! When ye (men) put away women, put them away for their (legal) period and reckon the period, and keep your duty to Allah, your Lord. Expel them not from their houses nor let them go forth unless they commit open immorality. Such are the limits (imposed by) Allah; and whoso transgresseth Allah's limits, he verily wrongeth his soul. Thou knowest not: it may be that Allah will afterward bring some new thing to pass.

The Prophet was addressed first in this Ayah, to honor him, even though his Ummah is also being addressed in Allah's statement,

When you divorce women, divorce them at their `Iddah),

This is the `Iddah which Allah the Exalted and Most Honored has fixed.

Al-Bukhari recorded this Hadith in several parts of his Sahih.

Muslim collected this Hadith and his narration uses these words,

This is the `Iddah which Allah has fixed for the women being divorced.

In his Sahih, Muslim has recorded a Hadith which is a more appropriate version from a narration of Ibn Jurayj who said that Abu Az-Zubayr informed him that he heard `Abdur-Rahman bin Ayman, the freed slave of `Azzah, questioning Abdullah bin Umar. And Abu Az-Zubayr heard the question,

لِيُرَاجِعْهَا (Let him take her back). so she returned and he said:

When she is pure, then either divorce or keep her.

And `Abdullah (Ibn Mas`ud) commented on Allah's statement, فَطَلِّقُوهُنَّ لِعِدَّتِهِنَّ (divorce them at their `Iddah), He said,

It is also reported from Ikrimah and Ad-Dahhak.

Ali bin Abi Talhah reported from Ibn `Abbas about the Ayah; فَطَلِّقُوهُنَّ لِعِدَّتِهِنَّ (divorce them at their `Iddah),

"He does not divorce her while she is on her menses nor while she is pure if he has had intercourse during that (purity). Rather, he leaves her until she has her menses and after the menses ends, then he divorces her once.''

And Ikrimah said about فَطَلِّقُوهُنَّ لِعِدَّتِهِنَّ (divorce them at their `Iddah),

"The `Iddah is made up of cleanliness and the menstrual period.''

This is why the scholars said that there are two types of divorce,

- one that conforms to the Sunnah and

The divorce that conforms to the Sunnah is one where the husband pronounces one divorce to his wife when she is not having her menses and without having had sexual intercourse with her after the menses ended. One could divorce his wife when it is clear that she is pregnant.
*

As for the innovated divorce, it occurs when one divorces his wife when she is having her menses, or after the menses ends, has sexual intercourse with her and then divorces her, even though he does not know if she became pregnant or not.
*

There is a third type of divorce, which is neither a Sunnah nor an innovation where one divorces a young wife who has not begun to have menses, the wife who is beyond the age of having menses, and divorcing one's wife before the marriage was consummated.

and count their `Iddah.

meaning, count for it and know its beginning and end, so that the `Iddah does not become prolonged for the woman and she cannot get married again,

And have Taqwa of Allah, your Lord (in this matter).

And turn them not out of their homes nor shall they leave,

meaning, during the duration of the `Iddah, she has the right to housing from her husband, as long as the `Iddah period continues. Therefore, the husband does not have the right to force her out of her house, nor is she allowed to leave his house, because she is still tied to the marriage contract.

Fahishah Mubayyinah implies disobeying her husband openly or when she abuses her husband's family in words and actions, according to Ubay bin Ka`b, Ibn `Abbas, Ikrimah and others.

And those are the set limits of Allah.

means, these are from His legislation and prohibitions,

And whosoever transgresses the set limits of Allah,

meaning, whoever violates these limits, transgresses them and implements anything else besides them,

then indeed he has wronged himself (by doing so).

The Wisdom of `Iddah at the Husband's House

You know not, it may be that Allah will afterward bring some new thing to pass.

meaning, `We commanded that the divorced wife remains in her husband's house during the `Iddah period, so that the husband might regret his action and Allah decides that the husband feels in his heart for the marriage to continue.' This way, returning to his wife will be easier for him.

You know not, it may be that Allah will afterward bring some new thing to pass.

Here the view of the scholars of the Salaf and those who follow them is that housing is not obligatory in the case of the irrevocably divorced woman. They also relied on the Hadith of Fatimah bint Qays Al-Fihriyah when her husband Abu Amr bin Hafs divorced her the third and final time.

He was away from her in Yemen at the time, and he sent her his decision to divorce her. He also sent some barley with his messenger, but she did not like the amount or method of compensation.

He said, "By Allah I am not obligated to spend upon you.''

So, she went to Allah's Messenger, who said,

There is no obligation on him to spend on you.

Muslim added in his narration,

And he ordered her to finish her `Iddah period in the house of Umm Sharik.

She is a woman, my Companions visit. Spend this period in the house of Ibn Umm Maktum, for he is a blind man; (he cannot see you if) you take off your garments.

Imam Ahmad collected this Hadith using another chain of narration. In his narration, the Messenger of Allah said,

Look O daughter of the family of Qays!

They speak to her. Therefore, go to Ibn Umm Maktum, for he is a blind man and cannot see you.

"Abu Amr bin Hafs sent me his decision to divorce me while he was in an army that had gone to Yemen. I asked his friends to provide me with financial provisions and housing. They said, `He did not send us anything for that, nor did he request it from us.' I went to Allah's Messenger and said to him, `O Allah's Messenger! Abu Amr bin Hafs divorced me, and I asked his friends to provide me with spending and housing and they said that he did not send them anything for that.'

Spending and housing are required from the husband for his divorced wife if he can return to her. If she is not permitted for him anymore, until she marries another husband, then he does not have to provide her with spending and housing.''