HEREAFTER, THE (AKHIRAH), WORLD, THE (DUNYA), FEAR OF ALLAH, GUARDING AGAINST EVIL (TAQWA) 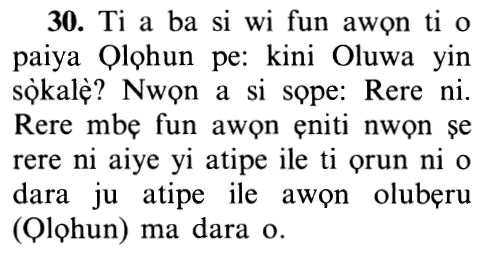 What the Pious say about the Revelation, their Reward and their Condition during and after Death

And (when) it is said to those who had Taqwa (piety and righteousness),

Here we are told about the blessed, as opposed to the doomed, who, when they are asked,

What is it that your Lord has revealed!

they will reluctantly answer, "He did not reveal anything, these are just the fables of old.''

But the blessed, on the other hand, will say,

meaning - He revealed something good, meaning mercy and blessings for those who followed it and believed in it.

Then we are told about Allah's promise to His servants which He revealed to His Messengers.

For those who do good in this world, there is good,

Whoever works righteousness - whether male or female - while being a true believer verily, to him We will give a good life, and We shall certainly reward them in proportion to the best of what they used to do. (16:97),

which means that whoever does good in this world, Allah will reward him for his good deeds in this world and in the next.

Then we are told that the home of the Hereafter will be better,

But those who were given (religious) knowledge said: "Woe to you! The reward of Allah (in the Hereafter) is better. (28:80)

Although the Hereafter is better and enduring. (87:17)

Allah said to His Messenger:

And indeed the Hereafter is better for you than the present. (93:4)

and the home of the Hereafter will be better.

Allah describes the abode of the Hereafter, saying,

And excellent indeed will be the home (i.e. Paradise) of those who have Taqwa.