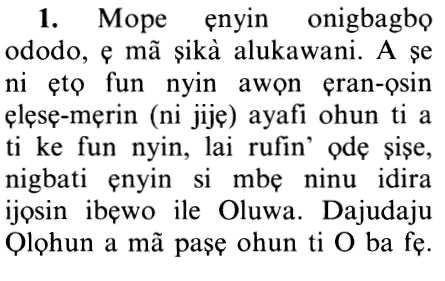 O ye who believe! fulfil (all) obligations. Lawful unto you (for food) are all four-footed animals, with the exceptions named: But animals of the chase are forbidden while ye are in the sacred precincts or in pilgrim garb: for Allah doth command according to His will and plan.
O you who believe! fulfill the obligations. The cattle quadrupeds are allowed to you except that which is recited to you, not violating the prohibition against game when you are entering upon the performance of the pilgrimage; surely Allah orders what He desires.
O ye who believe! Fulfil your indentures. The beast of cattle is made lawful unto you (for food) except that which is announced unto you (herein), game being unlawful when ye are on the pilgrimage. Lo! Allah ordaineth that which pleaseth Him.

O you who believe! Fulfill (your) obligations.

a man came to Abdullah bin Mas`ud and said to him, "Advise me.''

He said, "When you hear Allah's statement, يَا أَيُّهَا الَّذِينَ آمَنُواْ (O you who believe!) then pay full attention, for it is a righteous matter that He is ordaining or an evil thing that He is forbidding.''

"Everything in the Qur'an that reads, يَا أَيُّهَا الَّذِينَ آمَنُواْ (O you who believe), reads in the Tawrah, `O you who are in need.'''

Ibn Abbas, Mujahid and others said that;

Ibn Jarir mentioned that there is a consensus for this view.

it means treaties, such as the alliances that they used to conduct.

"Refers to the covenants, meaning, what Allah permitted, prohibited, ordained and set limits for in the Qur'an. Therefore, do not commit treachery or break the covenants. Allah emphasized this command when He said,

And those who break the covenant of Allah, after its ratification, and sever that which Allah has commanded to be joined, and work mischief in the land, on them is the curse, and for them is the unhappy (evil) home (i.e. Hell). (13:25)"

"Refers to what Allah has permitted and what He has prohibited. Allah has taken the covenant from those who proclaim their faith in the Prophet and the Book to fulfill the obligations that He has ordered for them in the permissible and the impermissible.''

Explaining the Lawful and the Unlawful Beasts

Lawful to you (for food) are all the beasts of cattle,

camels, cows and sheep, as Al-Hasan, Qatadah and several others stated.

Ibn Jarir said that this Tafsir conforms to the meaning of (`beasts of cattle') that the Arabs had.

We should mention that Ibn Umar, Ibn Abbas and others relied on this Ayah as evidence to allow eating the meat of the fetus if it is found dead in the belly of its slaughtered mother.

There is a Hadith to the same effect collected in the Sunan of Abu Dawud, At-Tirmidhi and Ibn Majah and narrated by Abu Sa`id who said,

"We asked, `O Messenger of Allah! When we slaughter a camel, cow or sheep, we sometimes find a fetus in its belly, should we discard it or eat its meat?'

Eat it if you want, because its slaughter was fulfilled when its mother was slaughtered.''

Only Abu Dawud collected this narration.

except that which will be announced to you (herein),

Ali bin Abi Talhah reported that Ibn Abbas said that it refers to,

"The flesh of dead animals, blood and the meat of swine.''

"The meat of dead animals and animals slaughtered without Allah's Name being pronounced at the time of slaughtering.''

It appears, and Allah knows best, that the Ayah refers to Allah's other statement,

Forbidden to you (for food) are:

the flesh of swine, and

what has been slaughtered as a sacrifice for others than Allah, and

that which has been killed by strangling, or by a violent blow, or by a headlong fall, or by the goring of horns - and

for although the animals mentioned in this Ayah are types of permissible cattle (except for swine), they become impermissible under the circumstances that the Ayah (5:3) specifies.

This is why Allah said afterwards, إِلاَّ مَا ذَكَّيْتُمْ وَمَا ذُبِحَ عَلَى النُّصُبِ (Unless you are able to slaughter it (before its death), (5:3) and that which is sacrificed (slaughtered) on An-Nusub (stone altars)) as the latter type is not permissible, because it can no longer be slaughtered properly.

Hence, Allah's statement, أُحِلَّتْ لَكُم بَهِيمَةُ الأَنْعَامِ إِلاَّ مَا يُتْلَى عَلَيْكُمْ (Lawful to you are all the beasts of cattle except that which will be announced to you), means,

except the specific circumstances that prohibit some of these which will be announced to you.

game (also) being unlawful when you assume Ihram.

Some scholars said that;

Allah made the exceptions mentioned above (dead animals blood, flesh of swine etc.), and prohibited hunting wild beasts while in the state of Ihram.

It was also reported that the meaning here is,

"We have allowed for you all types of cattle in all circumstances, except what We excluded herewith for the one hunting game while in the state of Ihram.''

But if one is forced by necessity, without willful disobedience, and not transgressing, then, Allah is Oft-Forgiving, Most Merciful. (16:115)

This Ayah means, "We allowed eating the meat of dead animals, when one is forced by necessity, under the condition that one is not transgressing the limits or overstepping them.''

Here, Allah states, "Just as We allowed the meat of cattle in all conditions and circumstances, then do not hunt game when in the state of Ihram, for this is the decision of Allah, Who is the Most Wise in all that He commands and forbids.''

Verily, Allah commands that which He wills.

The Virtues of Surah Al-Ma'idah; When It was Revealed

"The last Surahs to be revealed were Surah Al-Ma'idah and Surah Al-Fath.'' (Surah 48)

and it was also reported that Ibn Abbas said that the last Surah to be revealed was, إِذَا جَاء نَصْرُ اللَّهِ وَالْفَتْحُ (When there comes the help of Allah and the Conquest). (Surah 110)

Al-Hakim collected a narration similar to that of At-Tirmidhi in his Mustadrak, and he said, "It is Sahih according to the criteria of the Two Sheikhs and they did not record it.''

"I performed Hajj once and visited Aishah and she said to me, `O Jubayr! Do you read (or memorize) Al-Ma'idah?'

Al-Hakim said, "It is Sahih according to the criteria of the Two Sheikhs and they did not record it.''

I (Jubayr) also asked Aishah about the Messenger of Allah's conduct and she answered by saying, "The Qur'an.''