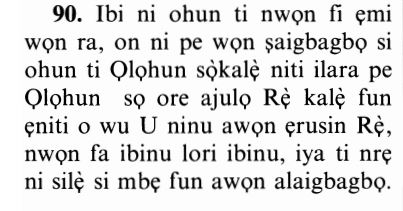 Miserable is the price for which they have sold their souls, in that they deny (the revelation) which Allah has sent down, in insolent envy that Allah of His Grace should send it to any of His servants He pleases: Thus have they drawn on themselves Wrath upon Wrath. And humiliating is the punishment of those who reject Faith.
Evil is that for which they have sold their souls-- that they should deny what Allah has revealed, out of envy that Allah should send down of His grace on whomsoever of His servants He pleases; so they have made themselves deserving of wrath upon wrath, and there is a disgraceful punishment for the unbelievers.
Evil is that for which they sell their souls: that they should disbelieve in that which Allah hath revealed, grudging that Allah should reveal of His bounty unto whom He will of His slaves. They have incurred anger upon anger. For disbelievers is a shameful doom.

How bad is that for which they have sold their own selves, that they should disbelieve in that which Allah has revealed (the Qur'an),

Mujahid said that the Ayah, بِئْسَمَا اشْتَرَوْاْ بِهِ أَنفُسَهُمْ (How bad is that for which they have sold their own selves), means

"The Jews sold the truth for falsehood and hid the truth about Muhammad.''

As-Suddi said that the Ayah, بِئْسَمَا اشْتَرَوْاْ بِهِ أَنفُسَهُمْ (How bad is that for which they have sold their own selves) means,

"The Jews sold themselves.''

meaning, what is worse is what they chose for themselves by disbelieving in what Allah revealed to Muhammad instead of believing, aiding and supporting him. This behavior of theirs is the result of their injustice, envy and hatred,

grudging that Allah should reveal of His grace unto whom He wills of His servants.''

There is no envy worse than this.

So they have drawn on themselves wrath upon wrath.

Ibn Abbas commented on this Ayah,

"Allah became angry with them because they ignored some of the Tawrah and disbelieved in the Prophet that He sent to them.''

I (Ibn Kathir) say that;

the meaning of, بَآؤُواْ (And they drew on themselves) is that they deserved and acquired multiplied anger.

Similar was said by Ikrimah and Qatadah.

And for the disbelievers, there is disgracing torment.

Since their disbelief was a result of their transgression and envy, which was caused by arrogance, they were punished with disgrace and humiliation in this world and the Hereafter.

Verily, those who scorn My worship (i.e. do not invoke Me, and do not believe in My Oneness) they will surely enter Hell in humiliation!'' (40:60),

The arrogant people will be gathered on the Day of Resurrection in the size of ants, but in the shape of men. Everything shall be above them, because of the humiliation placed on them, until they enter a prison in Jahannam called `Bawlas' where the fire will surround them from above. They shall drink from the puss of the people of the Fire.