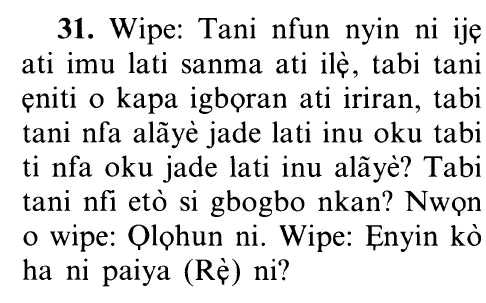 Allah argues that the idolators' recognition of Allah's Oneness in Lordship is an evidence against them, for which they should admit and recognize the Oneness in divinity and worship. So Allah said:

Say: "Who provides for you from the sky and the earth!''

meaning, who is He Who sends down water from the sky and splits the earth with His power and will and allows things to grow from it,

Grains. And grapes and clover plants. And olives and date palms. And gardens dense with many trees. And fruits and herbage.'' (80:27-31)

"Who is he that can provide for you if He should withhold His provision! (67:21)

Or who owns hearing and sight,

means that Allah is the One who granted you the power of sight and hearing. If He willed otherwise, He would remove these gifts and deprive you of them.

Say it is He Who has created you, and endowed you with hearing and seeing. (67:23)

by His great power and grace.

And who disposes of the affairs!

In Whose Hand is the dominion of everything Who protects all, while against Whom there is no protector! Who is the One who judges with none reversing His judgement! Who is the One that is not questioned about what He does while they will be questioned

Whosoever is in the heavens and on earth begs of Him. Every day He is (engaged) in some affair! (55:29)

The upper and lower kingdoms and what is in them both, including the angels, humans, and Jinn are in desperate need of Him. They are His servants and are under His control.

they say this knowingly and they admit it.

Say: `Will you not then be afraid (of Allah's punishment)!''

meaning, don't you fear Him when you worship others because of your ignorance and false opinions!