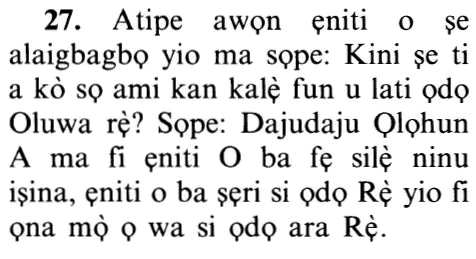 Disbelievers ask for Miracles, Allah's Response to Them

And those who disbelieved say:

Allah says that the idolators said,

meaning, there should be,

a sign sent down to him from his Lord,

Let him then bring us an Ayah like the ones (Prophets) that were sent before (with signs)! (21:5)

We mentioned this subject several times before and stated that Allah is able to bring them what they wanted. There is a Hadith which mentions that the idolators asked the Prophet to turn Mount As-Safa into gold and, they also asked him for a spring to gush forth for them and to remove the mountains from around Makkah and replace them with green fields and gardens.

Allah revealed to His Messenger:

"If You wish, O Muhammad, I will give them what they asked for. However, if they disbelieve thereafter, I will punish them with a punishment that I did not punish any among the `Alamin (mankind and the Jinns).

Or, if you wish, I will open for them the door to repentance and mercy.''

Rather, open for them the door to repentance and mercy.

This is why Allah said to His Messenger next,

Say: "Verily, Allah sends astray whom He wills and guides unto Himself those who turn to Him in repentance.''

Allah states that He brings misguidance or guidance whether the Messenger was given a sign (a miracle) according to their asking or not. Verily, earning the misguidance or the guidance are not connected to the miracles or the lack of them.

But neither Ayat nor warners benefit those who believe not. (10:101)

Truly, those, against whom the Word of your Lord has been justified, will not believe. Even if every sign should come to them, until they see the painful torment. (10:96-97)

And even if We had sent down unto them angels, and the dead had spoken unto them, and We had gathered together all things before their very eyes, they would not have believed, unless Allah willed, but most of them behave ignorantly. (6:111)

Say: "Verily, Allah sends astray whom He wills and guides unto Himself those who turn to Him in repentance.''

meaning, He guides to Him those who repent, turn to Him, beg Him, seek His help and humbly submit to Him.